Four species of dashers have been recorded in Arizona. One, the Blue Dasher, Pachydiplax longipennis, is generally common to abundant. The other three species belong to the genus Micrathyria: Spot-tailed Dasher, M. aequalis, Thornbush Dasher, M. hagenii, and Three-striped Dasher, M. didyma. Micrathyria originate in subtropical regions, and are rare and not known to breed in Arizona.

Blue Dasher differs from Micrathyria with regard to body size (see below) and to wing venation and color. Examination of the wing venation can be particularly important to separate female Pachydiplax from female Micrathyria. 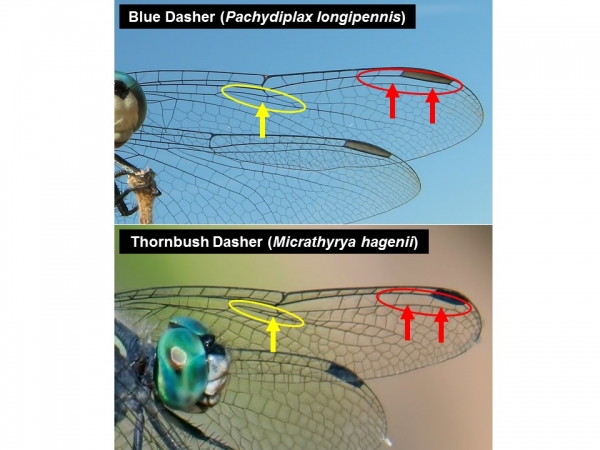 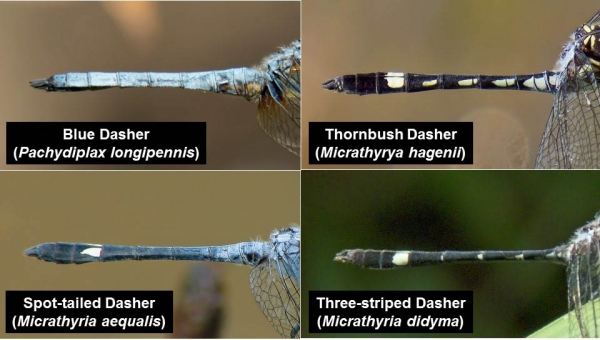 Side view of the abdomen of four dasher species.